I am honored to hold a blog hop #74 for The Writers' Post. The prompt for this week is a picture prompt --feathers. 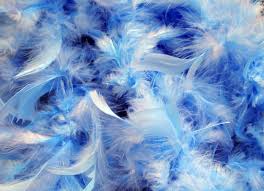 There is this story about a boy who sometimes got angry and said whatever in his mind without thinking. All he wanted to do was to vent his anger. One by one people surrounding him was disappearing and by the time he realized it … He was left with no one. One day, he went to seek a wise elder in the woods for an advice. After attentively listening to his story, the wise elder decided to give him a bag full of feathers and advised him to go up in the mountains and let go of those feathers. Afterward, he was asked to pick the feathers back and repacked into the bag. If he could do it before sunset, all of his problem will be gone.

So the boy went and did what he was told. To his surprise, it was harder than he thought. He only managed to pick up 10% of the feathers that he let go. Most of the feathers flew everywhere and nowhere to be found. So, he went back to the elder and described what had happened. After being silent for a moment, the elder said, “Just like the feathers that you have let go can’t be retrieved; the words that you have said in anger can’t be retrieved back as well.”

A lot of time, we said things that we don’t mean when we are angry. Our only goal was to vent our anger and we don’t care about how others’ feel. By the time our anger is subsided, we have forgotten what we said. Sometimes we are lucky enough that our loved ones, and our friends would forgive us. But, sometimes things we said hurt others more than they could bear. Sometimes the words we say are like a sharp knife that leaves a deep wound and unfortunately even if we are forgiven, what we said are not forgotten.

Let’s take a moment in our journeys and think carefully before we say anything that could hurt others. There is this unwritten code in our household that goes like this, “When you got nothing better to say, please keep them to yourself!”

Now it is your turn to tell your 'feathers' story ...

Until next stop,
Journey of Life